“Léonie” is a traditional Mediterranean fishing boat, also called “Pointu”. Composed of 100% wood, it was built in 1936 in Marseille by the Ruoppolo shipyard. It is also a local of the city, Mr. Benassi, a professional fisherman of Italian origin native of the island of Ponza, who owned it.

When he died, his nephews inherited it and sold it to a craftsman who worked at the port: Michel Anduze. Later, in 1993, the boat was sold to a master sailmaker, Mr. Rommy, who completely restored it and has continued to love and pamper it.

It was in 2022 that Bastien bought it to offer his students this unique experience, which is Experience Méditerranée. For him, choosing a pointu was a question of charm but also of coherence from an ecological point of view.

Léonie is equipped with a diesel engine, but its consumption is 3L per hour of navigation, against an average of 40L/h for a modern engine on a boat of equivalent size. Of course, it’s not about speed, but as a Buddhist proverb says so well: “The path is more important than the destination”. And in this case, the path is part of the experience itself.

Its wooden structure is cleaned exclusively with seawater, unlike a modern boat which must be cleaned with fresh water.

Finally, Léonie, at her beautiful age, is still active after so many years spent on the waves,  a feat that no modern boat could achieve.

Its ecological impact is definitely unbeatable. 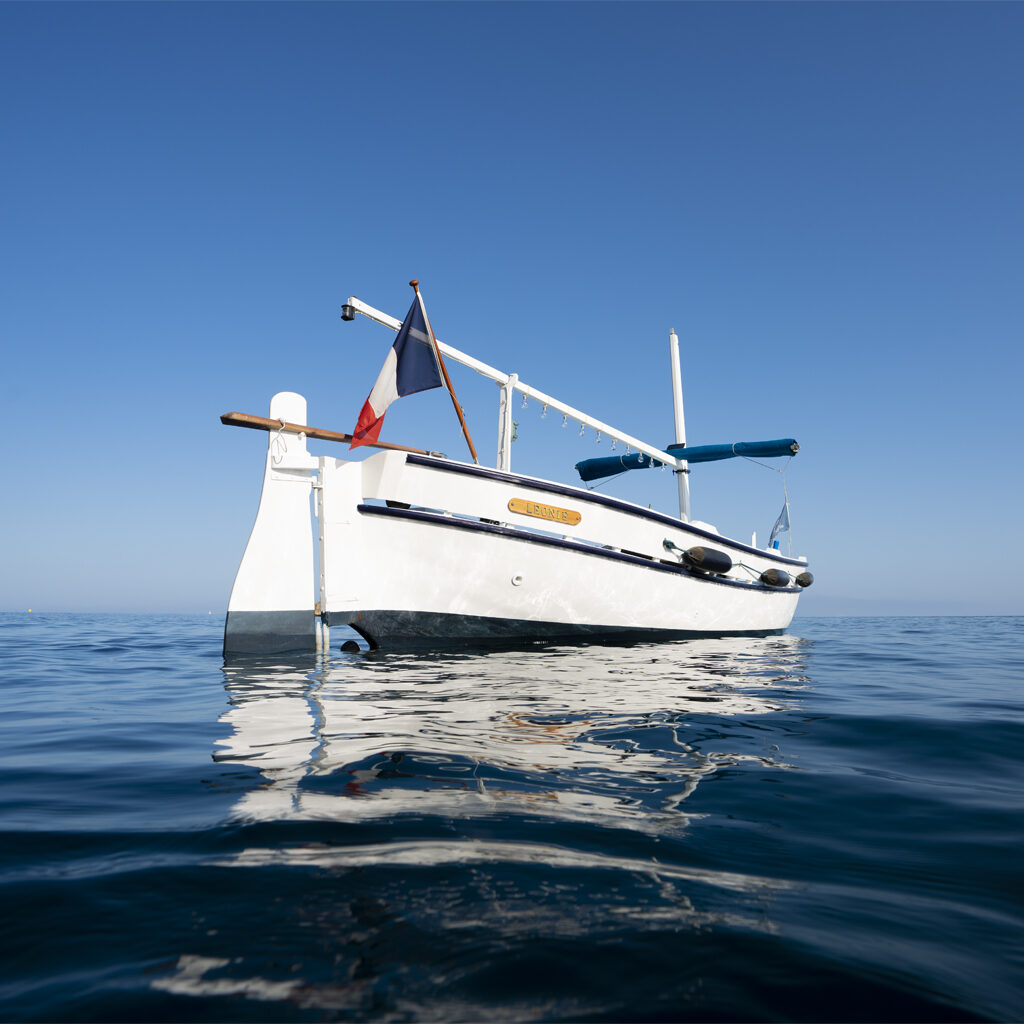